Ming-Chi Kuo, a Securities Analyst for KGI, has written a detailed report analysing the likely product launches from Apple in 2016. [1] His report contains some interesting information about the possible iPhone lineup for 2016.

He is normally right.

Update: This rumour has proved to be 100% accurate. Check out our other rumours.

Kuo believes that Apple have a new 4 inch iPhone under development – commonly being referred to as the iPhone 5SE – that will “resembles an upgraded iPhone 5s”. The new phone may be ready for launch as early as the first half of 2016. Currently the strongest rumour suggest April. He also believes that it will have an A9 processor.

Kuo believes this new 4-inch iPhone will not include 3D Touch support to keep it differentiated from the iPhone 6s and 6s Plus. 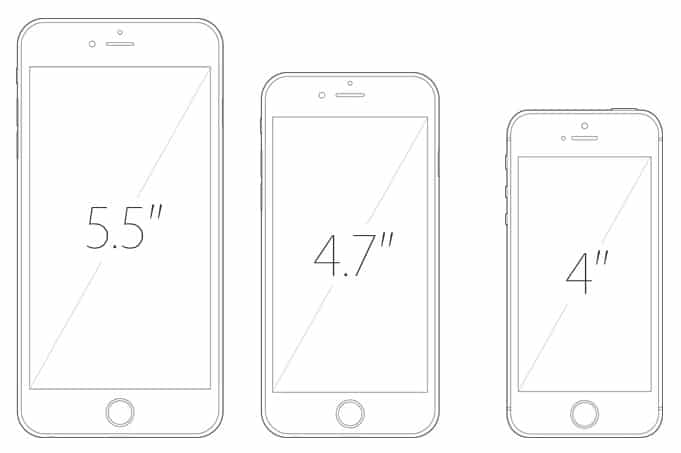 The 4-inch iPhone claims have also been made by Bill Maurer over at seeking alpha[2]. He concluded that “Apple could launch an upgraded 4-inch smartphone sometime in early 2016. There seems to be plenty of demand for a smaller screen phone because the company is still selling the much outdated 5s. A smaller phone could be priced attractively, especially if the company wants to target higher growth markets such as India. One of the street’s biggest fears currently is that iPhone sales will flatten out in fiscal 2016, and a new phone launch sometime around March could easily knock that fear down. Just when sales of the newest phone are starting to turn down seasonally, Apple could kick up production of a tremendously upgraded 4-inch iPhone.”

The new 4 inch iPhone is still just a rumour but the smaller size would really suit some people. It would let Apple phase out the 5s and bring its 4-inch model up to speed.

Would you buy a new 4-inch iPhone or are you happy with the 4.7 and 5,5 inch versions that make up the current range?

Did you find this interesting?

If you found this article enjoyable please take a moment to tweet, like, or share this article by using the buttons at the top of this page. I’d really appreciate it. 🙂

Also, if you are feeling extra generous please leave some encouraging feedback in the comments section at the bottom of the page. I love getting feedback from visitors. It encourages me to write more iPhone, iPad, and iOS articles.

Thanks for taking the time to read my website and I hope to help you again soon! Get my Apple iOS 10 guide FREE!

Click the link below to signup for our guide showing you how the latest version of Apple’s Operating System – iOS 10 – will work on your iPhone, iPad, iPad Mini or iPod Touch for free!

That’s right, a free user guide showing you the new features.Signup for the FREE iOS 10 Guide

Hi, my name is James Wiseman and I am the guy behind iChimp. I love to write about iPhone, iPad & iOS news, tips & tutorials. Got a problem you need solved with your device? Leave a comment below and I'll do my best to solve it.

These articles have helped millions of people like you fix problems with their iPhones, iPads and iPods. Articles are written with simple, easy to follow steps to make it straightforward to your solve your problem and get your device working properly again.

Hi, my name is James Wiseman and I am the guy behind iChimp. I love to write about iPhone, iPad & iOS news, tips & tutorials.

I am new Dad but spend most of my spare time messing around with gadgets. Or diapers.

I hope you enjoy the content and find the answer to your iPhone problems. If not leave me a comment and I'll do my best to find a solution for you.